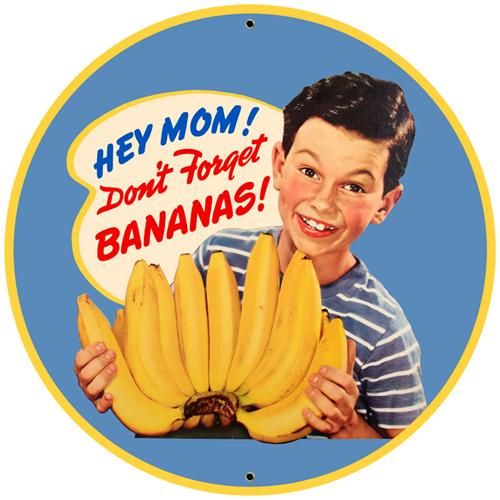 The three of us sat around the kitchen table doing our best to ignore each other when Eliot came hobbling in and said, “I’m going to be teaching a banana handling class today.”

My sister, who usually doesn’t say anything until she’s finished her first cup of morning coffee, looked at her middle son and, without a hint of irony, asked, “Is that a euphemism?”

Her husband, who was playing chess on his tablet, snarled and said, “Please!”

Eliot limped over to the refrigerator and took out an alarmingly large bottle of Pepto-Bismol.

He was limping because his foot was broken. The story we got was vague, as are all his stories. The story, as he told it, involved pushing his car onto a soft shoulder after said car quit on the NASA bypass. The break and accompanying bruising gave me an immediate mental image of him kicking the bumper, but who am I to contradict him?

Eliot turned up the Pepto and drank freely from the crusty bottle which had apparently lost its cap. As I watched him take one prolonged swig after another, I felt my own stomach revolting and sending waves of wretchedness that reminded me of acid drenched toenail shavings rising in the back of my throat. Yet there I was, unable to look away.

When he was done, he wiped his mouth with the sleeve of his shirt and put the bottle back in the refrigerator. “No,” he said. “It’s a real thing. They’re paying me extra too.”

This elicited a snarf from his father who looked up from the game. “And what do you know about banana handling?”

I said, “Dear God, I’m begging you. Please do not answer that.”

Eliot laughed, grabbed a hat off the coatrack, and limped out the backdoor.

A hush fell over the house again. The only sounds came from the three Doberman who were still asleep and snoring on the whole of a forest green sectional sofa; my brother-in-law, who was still playing chess and maintaining a low-grade, mumbled disagreement with the expert computer opponent; and, from outside, the occasional percussion of a bull who lived across the street in a fenced field, playing with a large blue drum which he was fond of gorging into the air and sometimes smashing against a large tin shed.

It was only after a considerable time had passed that my sister looked up with an expression as if she’d been away with the fairies, “Did he say banana handling?”